More than 100 criminal justice experts from some 40 countries, including from public and private sectors as well as international organisations, participated in this Conference on Criminal Justice in Cyberspace. The EVIDENCE2e-CODEX project was represented by Alexandra Tsvetkova, LIBRe Foundation.

The aim of the event was to add further momentum to solutions tackling these cross-border criminal activities, promoting multilateral co-operation at all levels to strengthen the rule of law in cyberspace. The conference was opened by the Minister of Justice of Romania, Tudorel Toader and by the Council of Europe Deputy Secretary General, Gabriella Battaini-Dragoni.

Sessions were arranged around the following topics:

Threats, victims and impact of crime in cyberspace: predictions for 2019?

Challenges for criminal justice in cyberspace

Solutions: Capacity building programmes of the European Union and the Council of Europe

A special event marked (25th February, Athénée Palace Hilton Hotel), the 5th anniversary of the Cybercrime Programme Office of the Council of Europe (C-PROC) in Bucharest, responsible for assisting countries worldwide in strengthening the capacity of the legal system to respond to the challenges posed by cybercrime and electronic evidence on the basis of the standards of the Budapest Convention on Cybercrime. During these 5 years, the office supported more than 600 activities in all regions of the world, involving more than 120 countries.

The Council of Europe Convention on Cybercrime (known as “Budapest Convention”) is the first international treaty on crimes committed via the Internet and other computer networks, dealing particularly with infringements of copyright, computer-related fraud, child pornography and violations of network security. It also contains a series of powers and procedures such as the search of computer networks and interception. Its main objective is to pursue a common criminal policy aimed at the protection of society against cybercrime, especially by adopting appropriate legislation and fostering international co-operation. The Budapest Convention is supplemented by a Protocol on Xenophobia and Racism committed through computer systems.

Full information about the event, including programme, participants, resources, key messages, etc. can be found here. 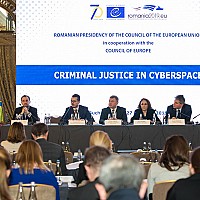 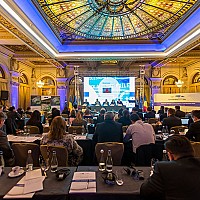